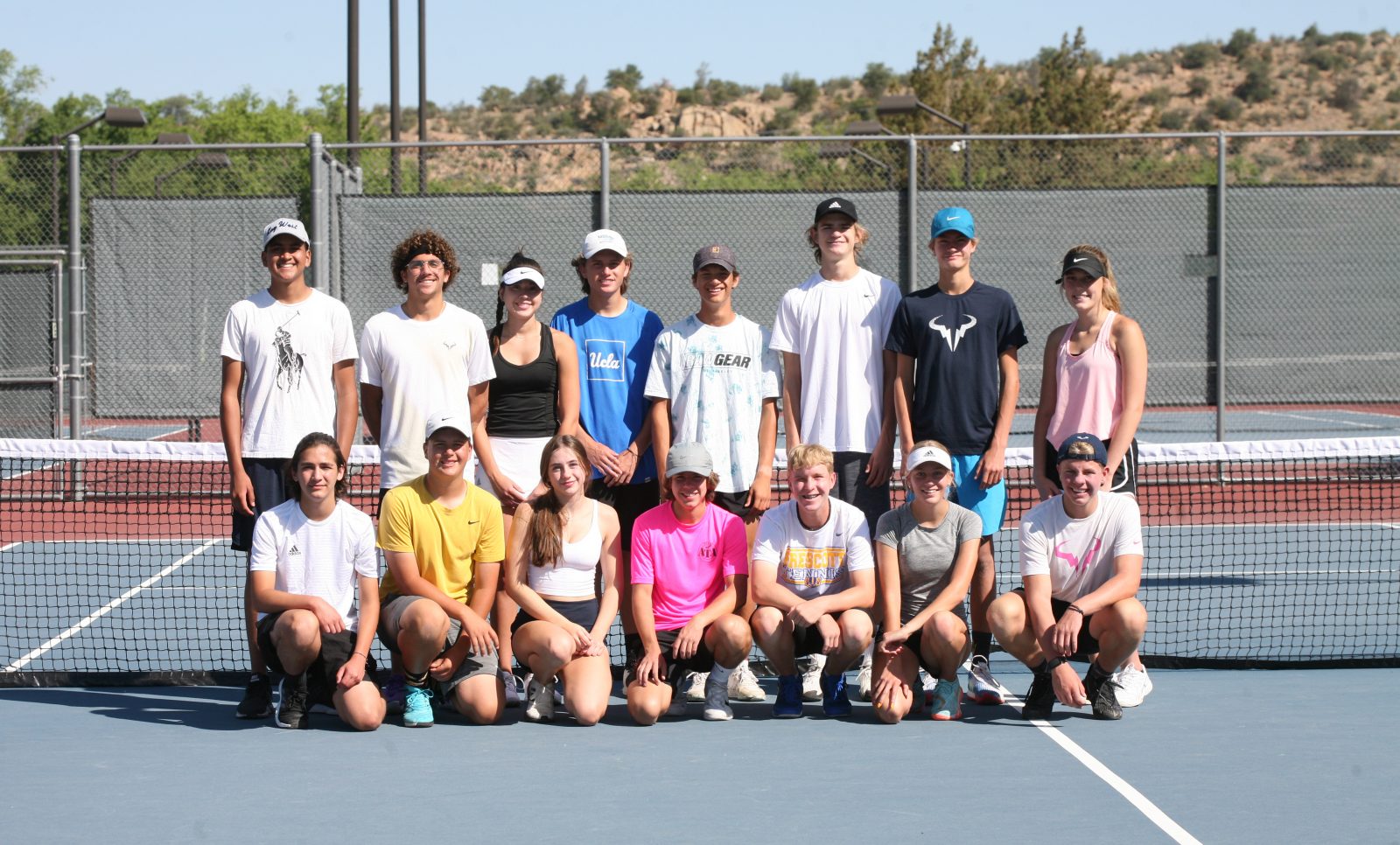 On June 5th and 6th, USTA NAZ was excited to host the first annual Northern Arizona Junior Tennis Championship at Yavapai College Tennis Center! This event featured the top 15 junior tennis players from NAZ that were available compete against each other.  The first day consisted of pool play, meaning players played a round robin against other players in their pools.This resulted in a 1-4 placing in each pool, which would carry over to bracket play. This would allow for 4 brackets of 4 players playing for overall placing, ranging from 1-16. We had some great matches the first day and established that Colin Streeter, Camden Hagerman, Logan Rosenbach, and Kohen Juelfs would be fighting it out in the championship bracket the following day.

On the second day, we played full 2 out of 3 sets in each bracket. For each bracket, the 1 seed played the 4 seed, and the 3 seed played the 4 seed.  Camden Hagerman (2) defeated Logan Rosenbach (3) and Colin Streeter (1) defeated Kohen Juelfs (4).  This gave us our championship pairing of Colin S. vs Camden H. They had played each other a few months earlier in the high school world, but now were on neutral ground and a different atmosphere. Colin came out strong and won the first set 6-2.  Camden made a strong showing in the second set up 3-1.  Colin dug deep and fought for the rest of the games and won the 2nd set 6-3, resulting in the first ever Northern Arizona Junior Tennis Champion! Colin is a graduate of Bradshaw Mountain HS, a state quarter finalist this year in singles, and will be a freshman this fall at UCLA.

List of results as follows for a 1-15 finishers in the tournament:

Big thanks to all the players, parents, volunteers, and coaches for making this first event possible. We look forward to next year and crowning the next Northern Arizona Junior Tennis Champion!